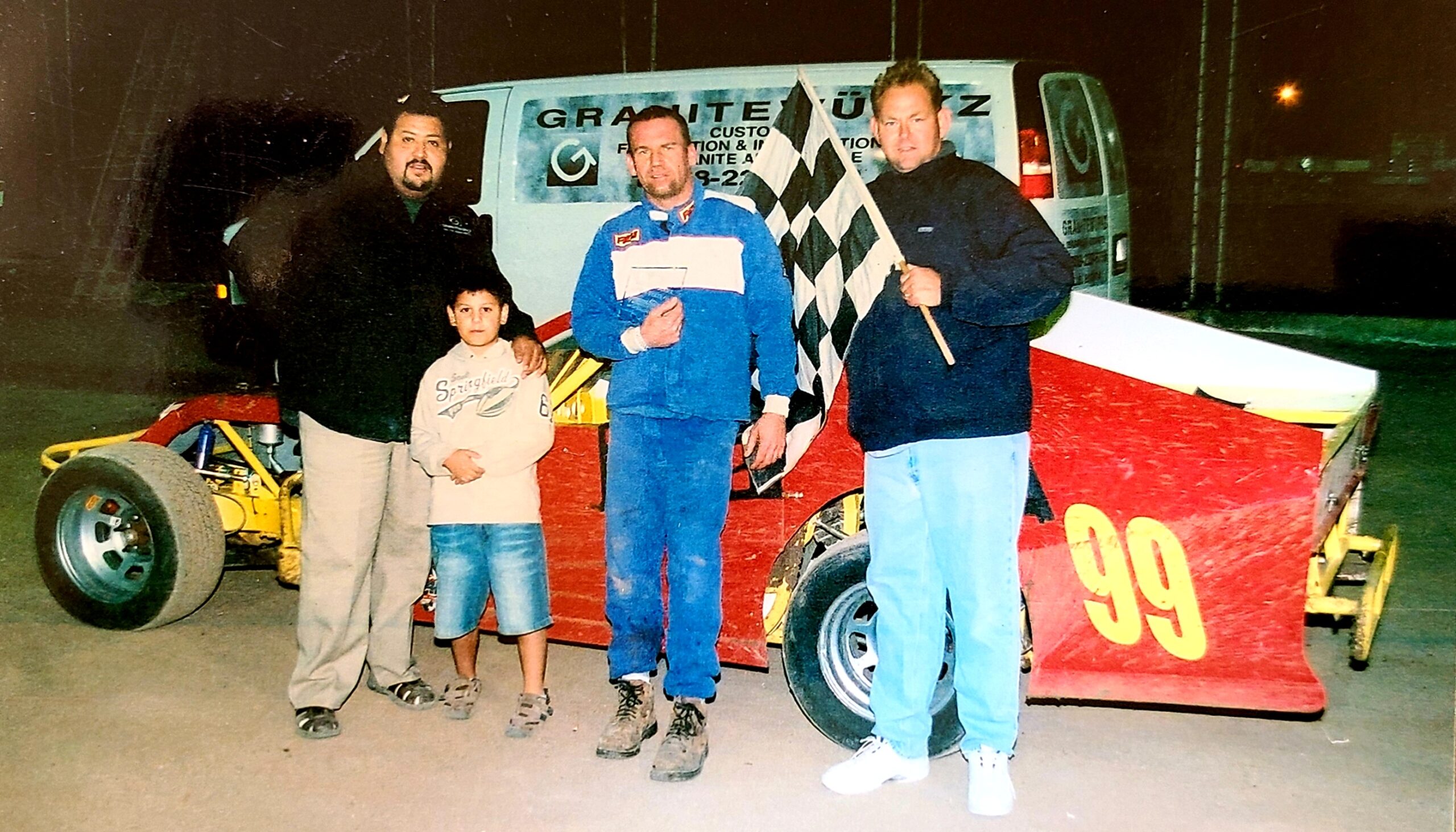 There’s no shortage of stories when it comes to racing and the Corning family. Hearing most several times from my dad, Larry Corning, here’s one that I hadn’t heard before today. It’s a story about an 8 lap win that my brother Mike Corning got in Imperial Valley in the early 2000s.

I was going through some old racing pictures. I found one with my brother in front of a car that I didn’t recognize. He was holding a trophy. A vaguely familiar man is holding a checkered flag next to him. Another man and boy are also in the picture. I needed some more information, so I took a copy to dad to get the story. Immediately, he remembered that night and the story.

The gentleman in the picture was borrowing the red #99 car. The car had never won a race and really was struggling that night. Mike and my dad were working on the car somewhere by the backstretch of the track. I am not sure why Mike wasn’t in a Corning car that night. The guy asked Mike to put his driving skills to the test and drive the car.

There may have been some extra storyline about Mike not having any shoes to race in, but I couldn’t get to the bottom of that. Either way, Mike got into the car and started dead last. He went from last to first in eight laps in this piece of crap car when the red flag was waved for an incident on the track. The incident was serious enough or was taking too long to clean up so they called the race for time.

This is the story of the night Mike won an 8 lap main event in a car that had never won a race before. The car didn’t belong to the Corning family. It’s told through the memory of a 76 yr old long-time racer. Some of the details may be blurred, but he is usually pretty close. I love hearing these stories, even the ones that I have heard a thousand times. I get SUPER excited when I can find a story that I haven’t heard before and it makes my dad smile to tell it.

Tell us what you think Cancel reply

© 2023 Corning Motorsports | All Rights Reserved
Site Created and Maintained by I Can Hackett Designs
Manage Cookie Consent
We use cookies to optimize our website, but will never sell your information to a third party.
Manage options Manage services Manage vendors Read more about these purposes
View preferences
{title} {title} {title}